The fastest card game ever! 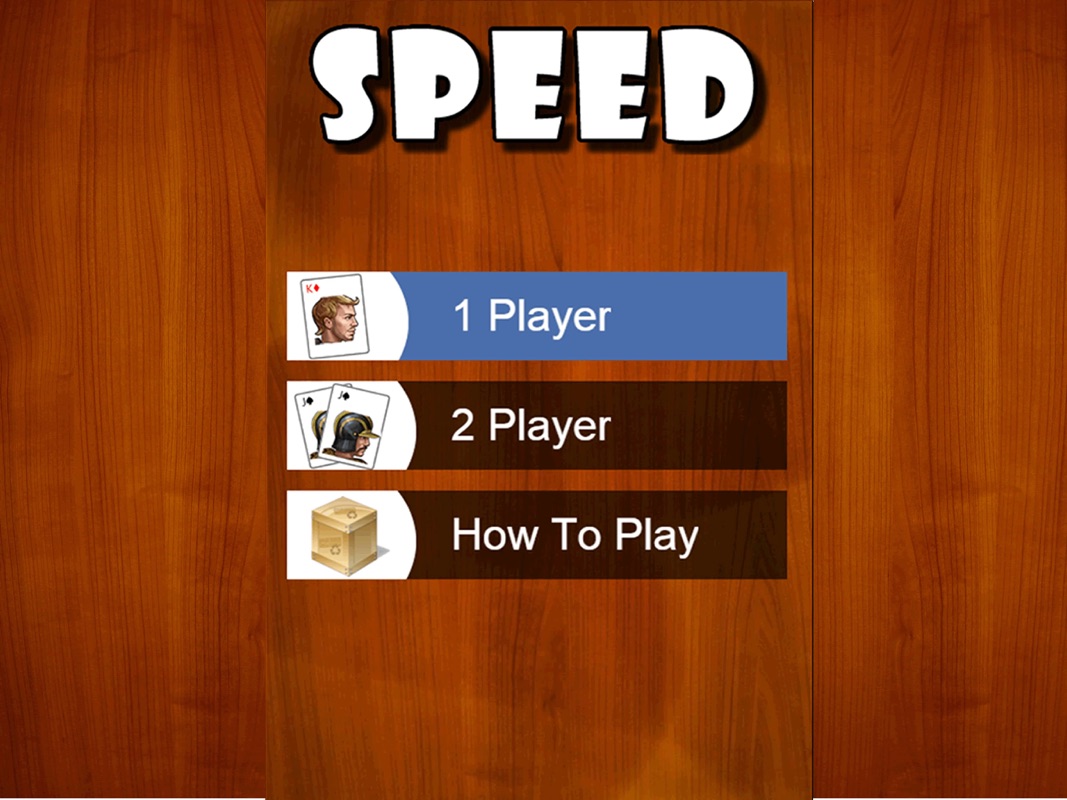 Speed a card game also known as Spit or Slam, is very fast-paced multiplayer game and it could result in damage to the cards — so play this on the phone and don’t ruin your actual playing cards.

Speed is a game for two players of the shedding family of card games, in which each player tries to get rid of all of his cards. Speed is a game associated with the game Nertz.

Warning: This is not your grandma’s Solitaire.

Objective: To play all your cards first.

-Each player is dealt five face cards to form a hand, and each player is dealt 15 cards face down to form a draw pile. If you are playing with jokers, you use them as wild cards and give each draw pile 16 cards. A stack of five cards, placed face down on each side between the players, serves as a replacement pile. Finally, two cards are placed face down in the center between the replacement piles.

-First player to play all of his/her cards wins!

After you play speed, multiplayer card games like blackjack, solitaire, or poker will feel slow.