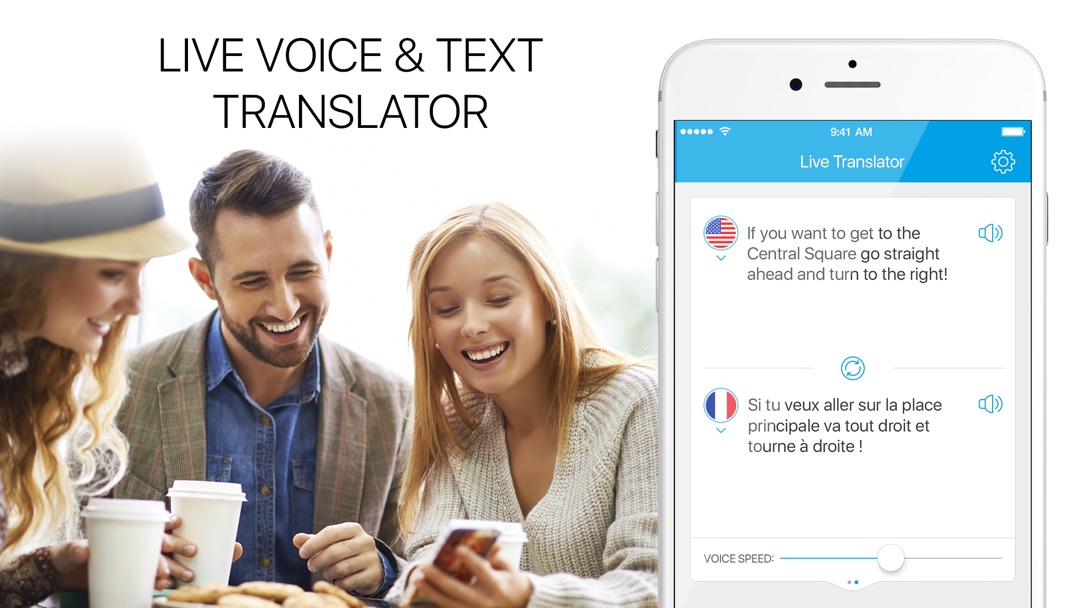 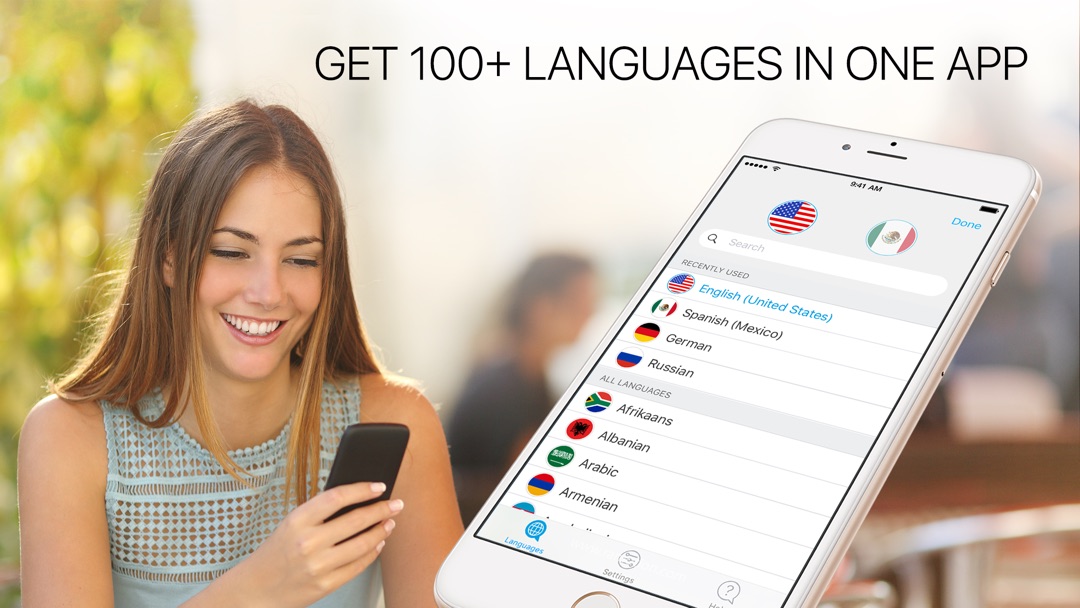 Translate Me is a simple yet powerful tool to translate text, speech and even to have real-time translated conversations! Travel around the world and communicate easier than ever: at the airport, supermarket, hotel, during business trips or simply while traveling on vacation.

Enjoy the most intelligent translation technologies along with the smoothest user experience:
* Advanced Voice-to-Voice Conversation mode
* 3D Touch and Tap&Hold support: press the flag icon while translating to pick another language in a blink
* Intelligent Text-to-Text mode

Additional Subscription Information
– Payment will be charged to your iTunes Account at confirmation of purchase
– Your subscription will automatically renew unless auto-renew is turned off at least 24-hours before the end of the current period
– Your account will be charged for renewal within 24-hours prior to the end of the current period and the cost will be identified.
– Subscriptions may be managed by the user and auto-renewal may be turned off by going to the user’s Account Settings after purchase