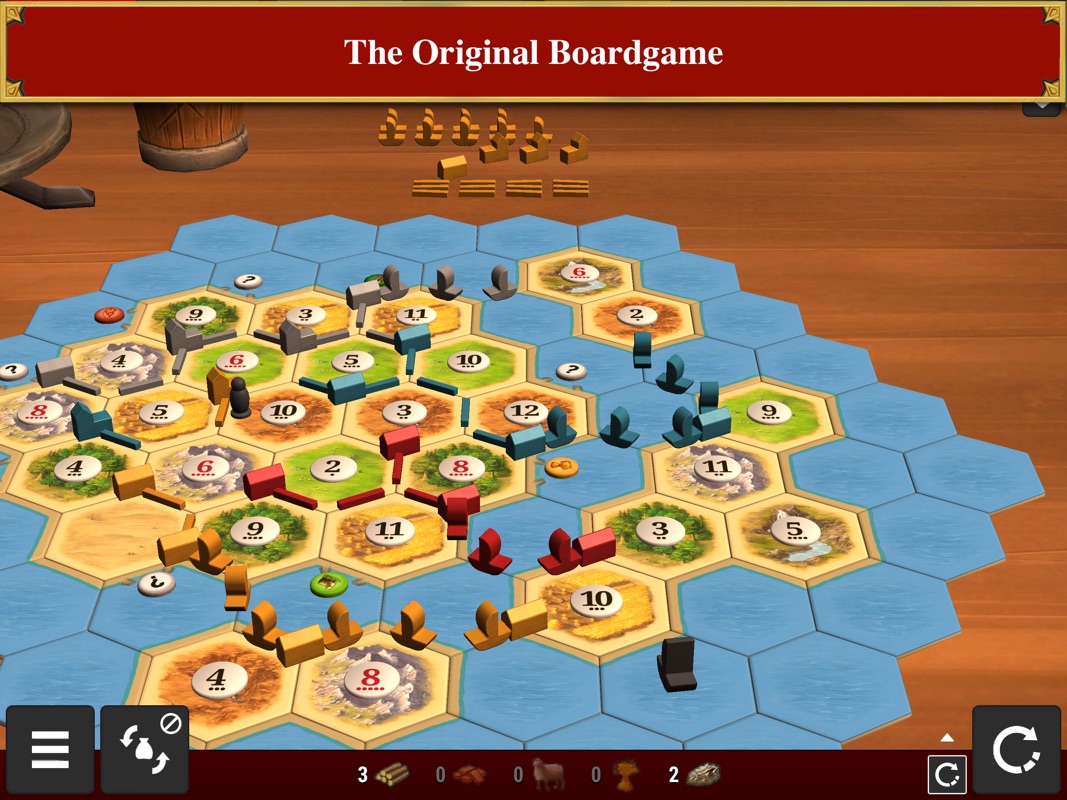 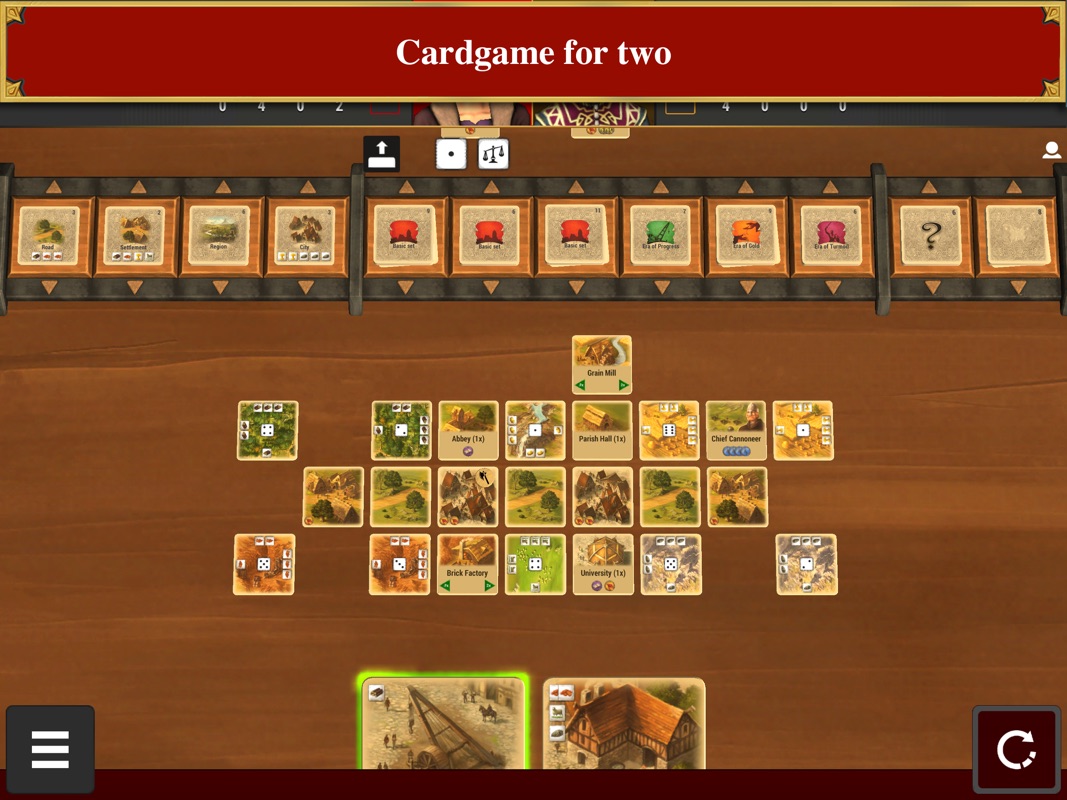 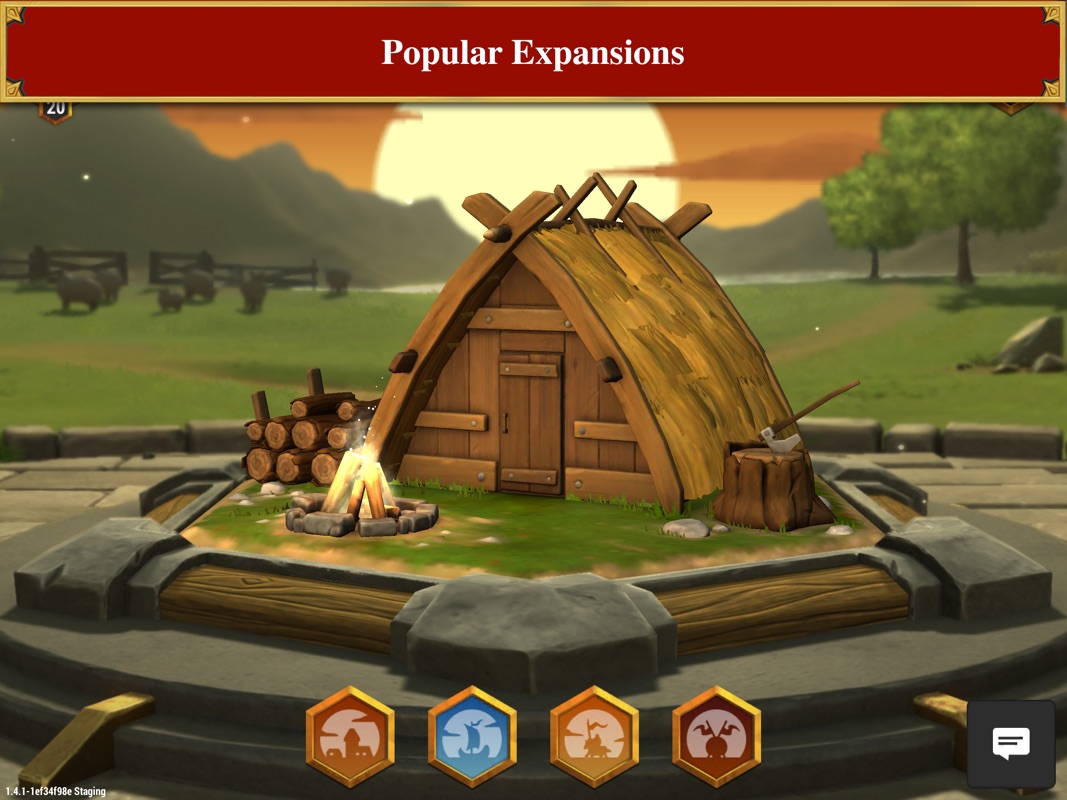 After a long voyage of great deprivation, your ships have finally reached the coast of an uncharted island. However, other explorers have also landed on Catan: The race to settle the island has begun!

Build roads and cities, trade skillfully and become Lord or Lady of Catan!

Go on a journey to the Catan universe, and compete in exciting duels against players from all over the world. The board game classic and the Catan card game bring a real tabletop feeling to your screen!

Play with your Catan Universe account on the device of your choice: You can use your login on numerous desktop and mobile platforms! Become part of the huge worldwide Catan community, and compete against players from all over the world, and on all supported platforms.

The board game:
Play the basic board game in multiplayer mode for up to three players free of charge. Master the free “Arrival on Catan” to permanently unlock the single player and custom match modes for the “Arrival on Catan” scenario, to play against the AI or your friends anytime.
For even more variety, unlock the complete basic game and the expansions “Cities & Knights” and “Seafarers” as in-game purchases, defend yourself against barbarian invasions, journey to new shores, and compete against cunning computer opponents.

The card game:
Play the introductory game of the popular 2 player card game “Catan – The Duel” online free of charge or master the free “Arrival on Catan”, to permanently unlock the single player mode against the AI.

Get the complete card game as an in-game purchase to play three different theme sets against friends, other fans friends or different AI opponents and submerge yourself into the bustling life on Catan.

– Trade – build – settle – Become Lord of Catan!
– Play on all your devices with one account.
– Faithful to the original version of the board game “Catan”, as well as the card game “Catan – The Duel” (aka “Rivals for Catan”)
– Design your own avatar.
– Chat with other players and form guilds.
– Play to earn numerous achievements and unlock rewards.
– Get additional expansions and play modes as in-game purchases.
– Get started very easily with the comprehensive tutorial.

– Compete in tournaments as guilds or for your own glory.
– Prove yourself in numerous additional expansions.

– Basic game free matches against two other human players
– Introductory game free matches Catan – The Duel against a human player
– “Arrival on Catan” – permanently unlock board game custom-match mode against friends as well as single-player against the AI for board game and card game
– Registration bonus of 100 gold and 2 scrolls – unlock expansions and complete access to auto match, single player and custom matches with scrolls for a limited time
– Further scrolls by levelling up

Catan Universe supports iOS 10 or higher, and devices from the iPhone 5S.

*****
Questions or suggestions for improvements:
Mail to [email protected]
We are looking forward to your feedback!

For more information on news and updates: www.catanuniverse.com or visit us on www.facebook.com/CatanUniverse