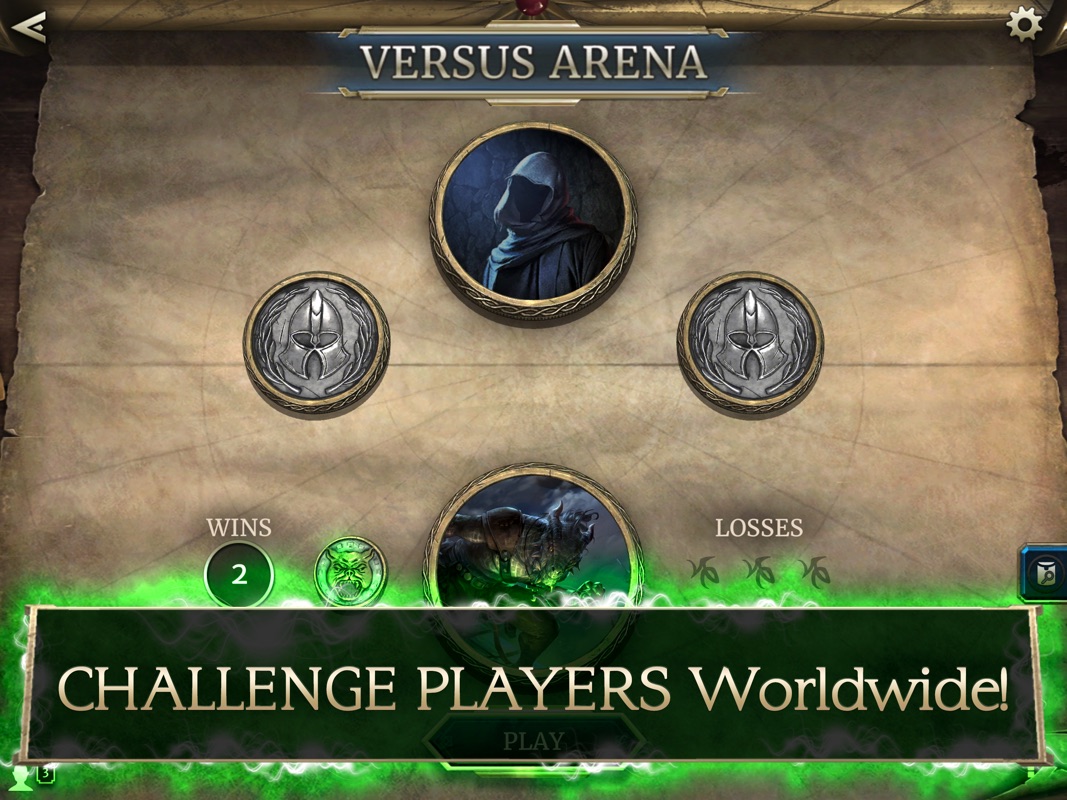 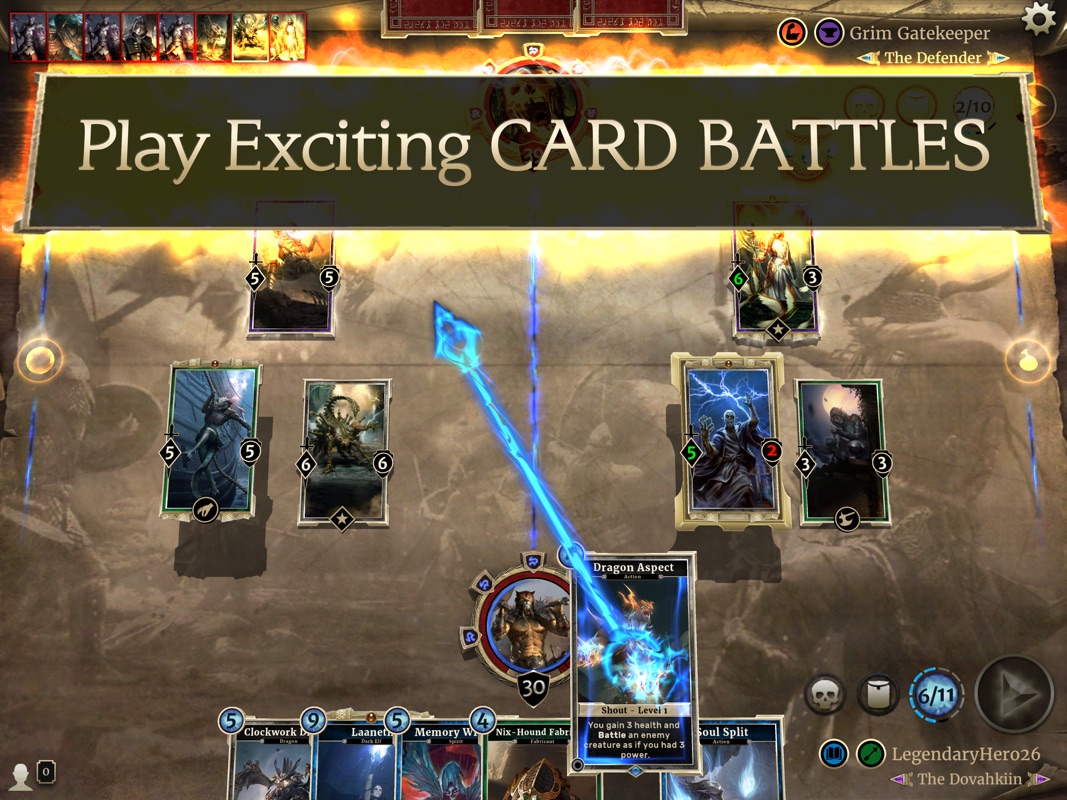 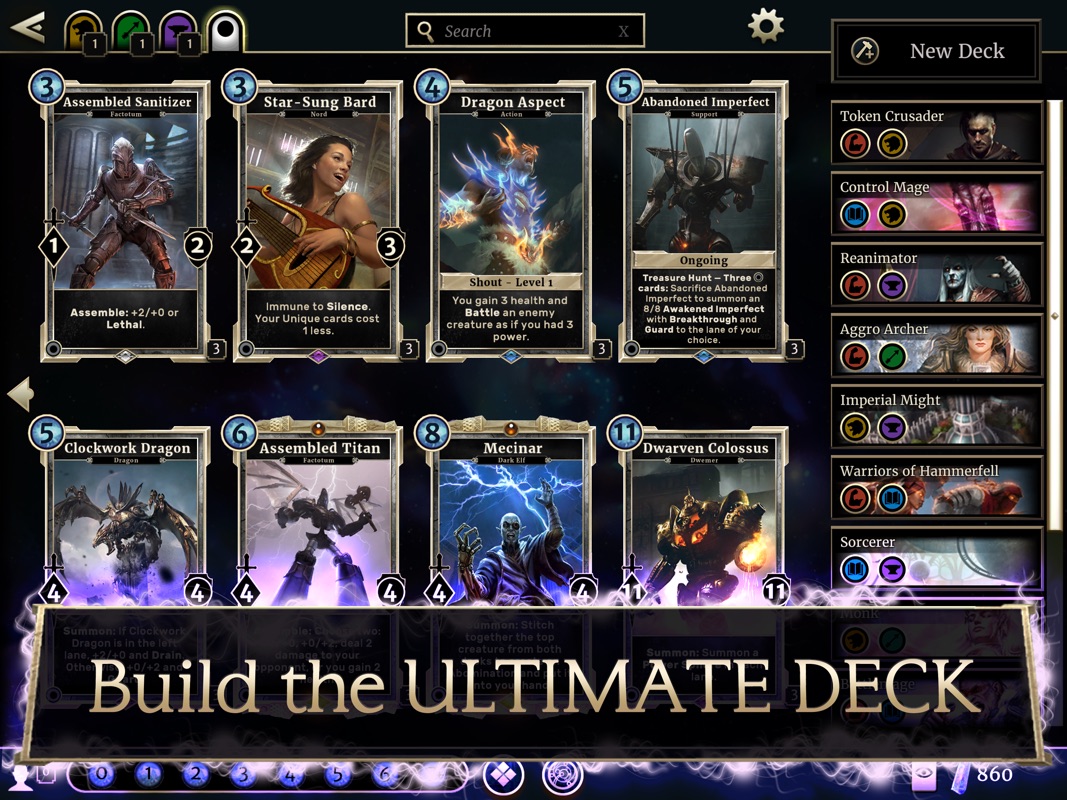 “The first real challenge to the CCG throne.” – Shacknews

Built for skill, not chance, The Elder Scrolls®: Legends™ – Heroes of Skyrim is a strategy card game based on the world and lore of the award-winning Elder Scrolls series.

Immerse yourself into the world of Skyrim, full of formidable Dragons and powerful characters. Play for hours or minutes across many game modes that are easy to learn but challenging to master. Clash against opponents in difficult card battles, and examine the field to come up with a strategy that will ultimately end in your victory.

Earn new cards after each battle to level up your powerful heroes. Add more cards to your deck, and continue to challenge opponents. Can you survive the world of Skyrim?

PLAY ON YOUR OWN
-Solo gameplay – Earn new Legends cards, decks, and packs in Story mode.
-Draft a deck from scratch and battle a series of computer opponents.
-Learn the best strategy for these card games and come out victorious.

PLAY AGAINST OTHERS
-Test your card deck against friends and see whose cards are stronger.
-Challenge online opponents to a card battle in ranked play.
-Draft a deck from scratch and battle other players who have done the same.

PICK YOUR BATTLES
-Legends gameplay features a divided battlefield with “lanes” that deepen your strategy options.
-Carefully place your heroes in either lane to attack your opponent’s cards.
-Be careful about where you place your cards – you never know what your opponent will play next.

LEVEL UP!
-Tailor your card deck to your play style.
-Upgrade certain cards in Legends by winning games with decks that contain them.
-Level up your cards to improve your card deck and give you more flexibility.

Dive into the world and lore of Skyrim and battle challenging opponents in intense card games. Put your card game skills to the test by adding powerful heroes to your deck in The Elder Scrolls®: Legends™ – Heroes of Skyrim.

Download now to play one of the most challenging CCG.

Requires an Internet connection and iOS 10.0 or better